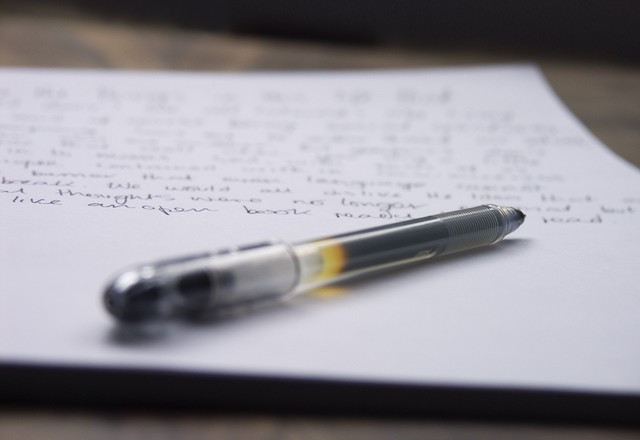 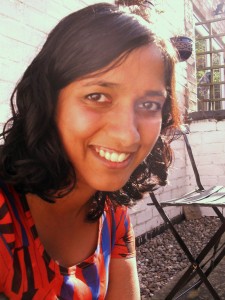 Writing is a habit.  Or at least that’s what it can become (and, unlike other habits, it can actually be good for you).  For me the writing habit began aged six, when I picked up a pencil and made up the sentence ‘I saw a blackbird in my garden’- a seemingly innocuous statement except for the fact I saw no blackbird, I made it up.

Making things up is part of the joy of writing.  There’s a great pleasure in letting your mind drift off and wander into the lands of your own making.  The trouble comes when you try and take these imaginary lands into the real one only to find rejection or (even worse) a lack of any reply at all.

There was a distinct period in my last year of university when I gave up on writing.  I’d been studying so many great works, analysing and dissecting each and every passage of a given classic, that when it came to my own writing I became frozen.  With every line I wrote I would think But what does this MEAN? Thinking that every line had to be full of meaning with a bibliography of historic and theoretical references attached (as is the way of academia).  It was a good while before I came back to writing for the sheer fun of it.  And why did I do that?  Because most of us write for that exact reason: the sheer fun of it.  Without writing life had become dull, all my great ideas left to fade away in my (very) poor memory, all my crisp observations useless and I, as a result, a little useless too.  And that’s why I write.  Not for money (honest), not for glory (double honest) but because without writing a large part of what it is to be me shrivels and dies.  I don’t want any part of me to shrivel and die and especially that large part that makes life so interesting.

In Malcolm Gladwell’s Outliers he famously uses Anders Ericsson’s study (so famously in fact that Ericsson’s original work is often forgotten) to demonstrate that the key to success comes with practice and that practice equates to the sum of 10,000 hours.  Although I’m not sure we should all be clocking in and out whenever we write there is something in the sentiment.  When writing is at the heart of your life – and I don’t just mean at the desk but going to author talks, reading about writing, joining a writers club and, most importantly, reading good writing – then you will be putting in your hours and if you are thinking critically, trying to improve to the best of your own ability how can you do anything but get better?

Back in 2012 I wrote a blog about books on writing and my search for some ‘universal wisdoms’ when reading them.  What I found was there aren’t any.  Every rule in the ‘Encyclopaedia of Good Writing’ has been broken by one brilliant author at some point in history.  What I ended up looking for and actually found was my own ‘personally collected wisdoms’.  From this I come up with an equation.  P+P=PO.  For those of you who can’t unlock the workings of my somewhat random mind this equation can be explained as Persistence plus Passion will eventually Pay Off.  This is a personally collected wisdom I truly believe in and has proved (in my case) to work.  Recently I found out that I won runner-up place in the Mslexia Novel Writing Competition 2013 after which I was approached by the literary agent on the judging panel.  I now have my novel circulating publishing houses and, as a result, am in fluctuating states of semi-shock/excitement.  If I’d given up on my passion all those years ago, if I hadn’t had the persistence to keep going at this as though there was nothing else in the world for me to do but write, then I would never have had this amazing pay off.  Writing is not always easy, it is not always fun, but if you make it a habit and let it become a part of your life it could become a source of great happiness. And what more could you ask for than that?

Mahsuda Snaith is a writing polymath of plays, short stories and novels.   She has won prizes in a number of national writing competitions including the DreamUp! Monologue Competition and The Asian Writer Short Story Competition 2012.  Mahsuda has performed her work at literary festivals, is an active member of Leicester Writers’ Club and recently was selected as a finalist for the Mslexia Novel Competition 2013.  She is being represented by Charlotte Robertson of United Agents.