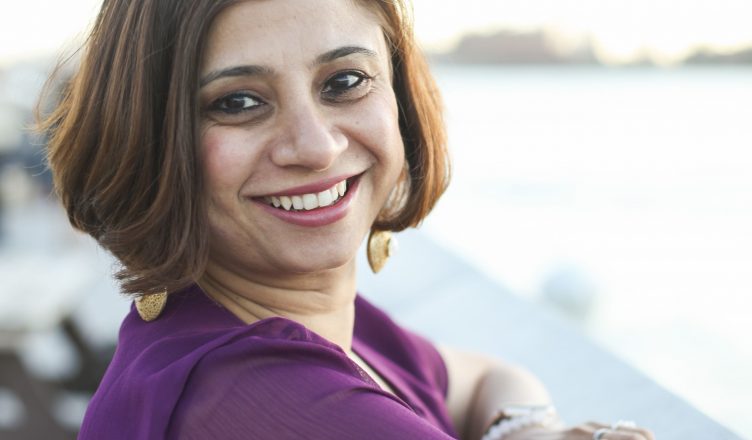 Louisiana Catch, my debut U.S. novel, is about Ahana, a 33-year-old grieving daughter and sexual abuse survivor from New Delhi who must summon the courage to run a feminist conference in New Orleans, trust a man she meets over the Internet, and unravel the mystery of an online predator in order to find her power.

I wouldn’t say there was one thing which led to the creation of Louisiana Catch. There were individual elements and ideas that moved around each other for a few years before coming together cohesively to become Louisiana Catch.

Firstly,  I am fascinated by the human mind and behaviour. In today’s world, we spend a lot of time online—doing research or reading or networking or goofing around. Social media allows us to reinvent ourselves and present a likeable version to the world without taking off the mask. I was curious how the anonymity of social media networking impacts people’s behaviour, relationships, friendships, and safety.

Secondly, the quest for identity and need for highlighting existing social issues impacting women are integral to my writing. I teach yoga to female survivors of domestic violence and sexual assault. I realised that there aren’t enough conversations around marital rape (which is both domestic violence and sexual assault) even though it is prevalent in today’s world and legal in many countries. When danger is at home and the one person who is supposed to be on your side, in sickness and in health, ends up hurting you, there is a complicated sense of betrayal and shame. I wanted to bring to light the emotional and psychological battles that women of marital rape face as well as how that impacts their actions, identity, relationships, and day-to-day life.

And finally,  grief changes us forever. It can be quite a journey getting from darkness to light. What happens if the ‘wrong’ people enter our lives when we are in the ‘dark stages’ of healing and grieving? I did want to discuss how vulnerability can help reveal our strength and core.

Louisiana Catch has taught me so much about empathy, authenticity, and fearlessness. As writers we constantly struggle with permissions. “Do I have the authority to write this? Do I know enough?” In the book, Ahana is a sexual assault survivor who loses her mother. I too lost my mom suddenly, but I am not a survivor. Unlike Ahana, I wasn’t as emotionally dependent on my mother. Describing some of Ahana’s reactions meant navigating the emotional boundaries with sensitivity and conceding that everyone handles grief differently. Also, Ahana sees her mother tied to tubes and breathing through a ventilator when she reaches the hospital; I saw my mother directly in the morgue after a 14-hour flight. I had to be creative with what went through Ahana’s mind, which meant reliving the heartache, disappointments, and darkness brought on by loss.

This book has helped me evolve as a writer and a human being. It will appeal to anyone interested in reading about real human relationships, social issues plaguing our world, a journey with identity, strong women, hybridisation of cultures, the role of grief and healing in shaping our lives, and the impact of social media networking on all of these aspects.

Sweta Srivastava Vikram featured by Asian Fusion as “one of the most influential Asians of our time,” is a best-selling author of 12 books, five-times Pushcart Prize nominee, mindfulness writing coach, social issues advocate, and a certified yoga and Ayurveda counsellor who helps people lead creative, productive, and healthier lives. Sweta spent her formative years between the Indian Himalayas, North Africa, and the United States collecting and sharing stories. She writes about women, multiculturalism, wellness, and identity.  Sweta, whose work has appeared in The New York Times, among other publications, is an award-winning writer and graduate of Columbia University. She lives in New York City with her husband and in her spare time, teaches yoga to female survivors of rape and domestic violence.