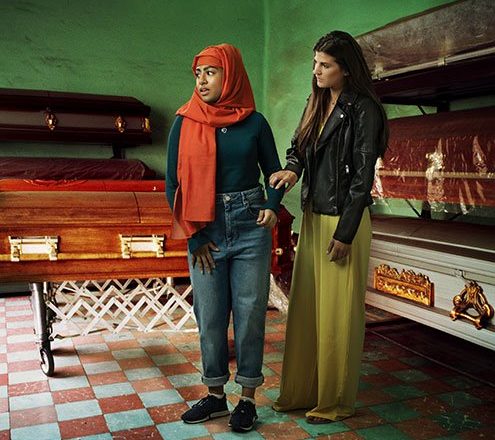 Iman Qureshi has won the 2018 Papatango New Writing Prize for her play, The Funeral Director.

The Funeral Director was chosen from 1384 entries to the competition, and explores the life of a gay Muslim woman who runs a funeral parlour and is ‘an incisive and heartfelt’ story of sexuality, gender and religion in 21st-century Britain.

Qureshi receives developmental support ahead of a four-week run for her winning play at London’s Southwark Playhouse this autumn. The script will be published by Nick Hern Books. Qureshi also receives a royalty of 10% of the gross box office income and a £6,000 commission to create a new play with the support of the Papatango team.

Qureshi said: “I’m bursting with delight, and so grateful to Papatango for taking a leap of faith on a story so very close to my heart.” She revealed that she worried that the play’s subject would be too niche for theatre audiences.

“But we should never feel our stories don’t have value. Winning this prestigious national prize reaffirms the fact that even stories deeply rooted in a specific culture or community have the power to appeal to our shared humanity.”

Qureshi’s first play Speed was produced by Kali Theatre. Her play His and Hers was produced by Tamasha as part of Tamasha’s New Muslim Voices programme. Her story ‘Naz’ was broadcast on Radio 4 and published in Love Across A Broken Map.