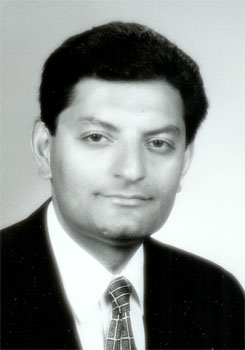 Have you told people about the book you’ve written? (I know you have because I read your blog!) What do you say about it? Give us the sales pitch!

I might just mention it in passing, if it’s relevant to the conversation. I would say it’s superficially a memoir, but it’s actually a discussion of many serious topics, using the memoir as a vehicle. But it’s written as a lighthearted narrative, so it’s quite easy to read – as if it were fiction.

However, if you happen to mention that you are a Literary Festival Director, I am likely to get breathless with excitement, tell you all about how funny and entertaining I am at literary festivals, and give you a free copy I just happen to have on me.

I would tell you that it was selected by no-less-than THREE different newspapers in their ‘best books of the year’ lists (Guardian, Independent, Sydney Morning Herald); that it’s already been taught as English Literature in different academic institutions; that I was invited to address the English Literature students at one university where I was the only writer on the core list that isn’t dead; that it’s been praised by a very broad spectrum of people (eg Anne Widdecombe, committed Christian, and Philip Pullman, committed atheist); that it was the Number One Bestseller at the Byron Bay Writers’ Festival; and the only significant opposition has been the Government of Qatar (who blocked the Arabic publication) and some macho Australian men with personal insecurities and a hatred of all things Islamic.

Then you read it and invite me to your Festival, where I have a wonderful time, and meet another Festival Director.  This is what always happens.  Those adventures are here:  http://www.unimagined.org/adventures.html

What compelled you to write a story about you?

I always had an absolute compulsion to write – the trouble was, I didn’t know what to write about.  I resisted sharing my own experiences.  Then, when I finally let go of this inhibition, this book just wrote itself effortlessly.  The only person who’s story I was qualified to write was my own.

Did you think anyone at all would be interested in reading a story about an ordinary Muslim boy growing up in the UK?

This is the problem. Whether or not they are interested, they must at least be presented with the possibility that there is such a thing as an ordinary Muslim boy and that it is perfectly possible for a Muslim in the UK to have a very ordinary life, which has universally recognisable components.

The media controls how all Muslims are perceived, and the media ultimately wants to maximise profits and ratings, and there is no profit in ‘ordinariness’.  Thus, Muslims generally only enter the public consciousness for the wrong reasons. There has to be an alternative perspective available.

Is the book wholly autobiographical? Are there any bits you just made up because they sounded good?

The story is completely true, apart from a few names and other personal details which I changed to disguise the identity of particular individuals. Some of the things which happened are so implausible, they would never get past a fiction editor, who would protest: ‘The readers are never going to accept this!’  But it’s all true.

What have you been doing since the book was first published?

I’ve been continuing to do my ‘day job’ in the corporate world, and performing at literary festivals using my vacation days.  I was made redundant at the beginning of 2009, and took the opportunity to do a speaking tour of the entire mainland United States.  The BBC even covered that:  http://news.bbc.co.uk/2/hi/uk_news/magazine/8067052.stm

I then returned to corporate work and I now have a very enjoyable job with an office in the Petronas Towers in Kuala Lumpur – all very unimagined!

…and can we expect another book?

Absolutely!  Everything about Unimagined is geared towards a sequel.  However, this won’t be coming out until after the first book has had its US publication – which is spring next year.

The book, Unimagined might be written with a light humorous tone, but it’s insightful and important in showing the mind of an ordinary Muslim boy. Since 9/11 and 7/7 the perceptions of Muslims has been increasingly negative – what do you hope a book like yours can do to redress that balance?

There’s clearly a severe imbalance here. I touched on this before – there is no interest in Muslims as being ‘ordinary’ and therefore no opportunity for ‘regular’ people to view Muslims as recognizably human, like themselves,

For example, shortly after Unimagined, a book called The Islamist was published.  This was heavily publicised and promoted, much more than Unimagined, because, of course, it’s more of what people want to hear – the on-going association between Islam and terrorism.  I always found it galling to go into a book shop and have an entire display rack of The Islamist thrust in my face, but be lucky if I found one copy of Unimagined languishing in Biography next to Kate Adie (not that there’s anything wrong with Kate Adie, of course). Even though the writer, Ed Husain, became ‘good’ in the end, nonetheless, the connection is reinforced between Islam and hatred/violence/fanaticism/terrorism. It becomes ‘normal’ in the mind of the non-Muslim.

There was no interest from publishers in taking on a book about a Muslim boy who had nothing to do with terrorism or Islamism.  It’s been an uphill struggle all the way.

On that note, what has the general response been to your book? And could you tell us a tale from your travels in America?

I’m not a celebrity and I don’t have a big publisher with a huge advertising budget who can push the book in front of the general public. So, Unimagined can only progress if people actually like it.  And, generally they do.  I have received some wonderful e-mails from people all over the world.

In America, people were hearing me speak without having read the book first.  The book would usually then sell out at each venue.  The response to both the speaking and the book was very enthusiastic.

I can tell one tale.  The car ‘broke down’ in South Carolina.  (Okay, it was out of gas, but this was due, I maintain, to a faulty fuel warning light.)  I was in a very rural area of pick-up trucks and tractors – not somewhere I felt particularly comfortable.  However, the retired white couple who’s door I knocked on were extremely friendly, and even when he asked ‘Are you a Muzzzlem?’, it was with curiosity rather than hostility.  I think it was a stereotype-busting learning experience for both parties.

Going back to the process of writing – did you implement a system of writing memories down, or did you refer to old diaries and photographs to help you write about the feelings at a certain moment in time.

I thought everyone remembered everything.  Apparently they don’t.  This must be a gift I have, to put myself back into a situation and remember what I could see, hear and feel, and what I was thinking – the (often flawed) logic behind my thought processes.

You will note that Unimagined is a series of vignettes, rather than a continuous narrative.  I remember those particular incidents very clearly – that’s why I’ve written about them.  I don’t remember the in-between stuff at all – and it doesn’t matter.  It’s not interesting anyway, and the reader can fill in the gaps.

So, to answer the question, I did not use diaries or photos, I referred to mainly visual memories and I used clues in those memories to piece together the timeframe in which the event took place.

Finally what advice would you give to an aspiring writer?

Make sure that you are enjoying the process of writing. I was seated next to quite a famous writer once (who’s book had been heavily promoted by his big publisher) and he said: “I hate writing.  I absolutely hate it.”

And I thought, ‘That would explain why your book is such a pain to read.’

If you don’t enjoy writing, then don’t force yourself to do it.  If you hate writing, we will hate reading what you write.  Find something else that you enjoy.   Or become a doctor.

Imran Ahmad was born in Pakistan and moved to England in the early 1960s at the age of one, growing up in Putney and Hampton.  He was lucky enough to attend a boy’s grammar school, but too lazy to get the grades he needed to get into medical school.  Instead he ended up at Stirling University in Scotland, studying Chemistry, learning about Islam, and trying to impress girls.  Imran’s business career has taken him all over the world, and he spent five years living in Minneapolis USA, becoming a senior manager in one of the ‘Big Five’ global consulting firms. Imran is on the Board of British Muslims for Secular Democracy. Imran likes to drink coffee (currently decaffeinated) in Starbucks and sometimes (when he’s really lucky) he can be found on the Appalachian Trail somewhere between Georgia and Connecticut, or on a mountain in Scotland. He also enjoys reading, music, and walking around both strange and familiar cities. Imran is a social rebel; he opens the window when on a London commuter train. Unimagined is his first book.